The ‘whisper’ is being heard everywhere!

KYLIE Dalton was stressed and angry last week when she arrived at a South Morang property to find her five horses had been attacked. It wasn’t just any attack. Her horses had been speared with metal pickets and wooden stakes, and they had the...
Continued 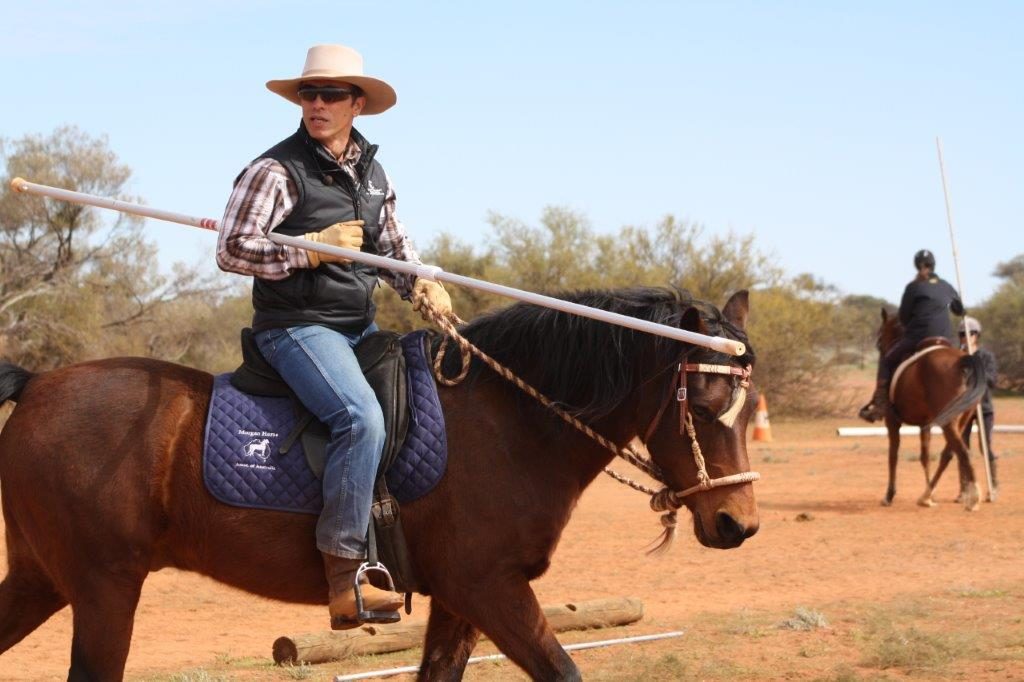 Award-Winning Horse Listener and “Wonder from Down Under” Carlos Tabernaberri Presents Exceptional Training Techniques in Chicago August 23 – 27, 2013 MELBOURNE, Australia, Aug. 21, 2013 /PRNewswire/ — “I will be helping participants forge the loving, trust-based relationship they desire with their horse by...
Continued 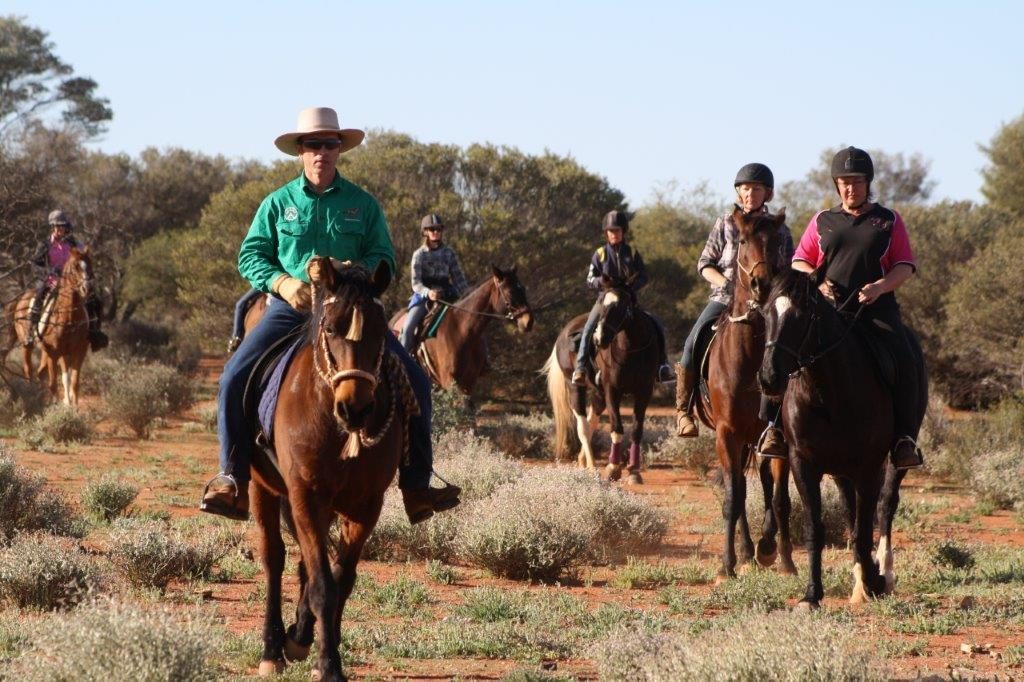 He believes there is no such thing as “natural” horsemanship, just “good” horsemanship. In this book he tells readers to “look for approaches to working with your horse that make sense”. It’s illustrated throughout with colour pictures which complement the text, and it’s written...
Continued 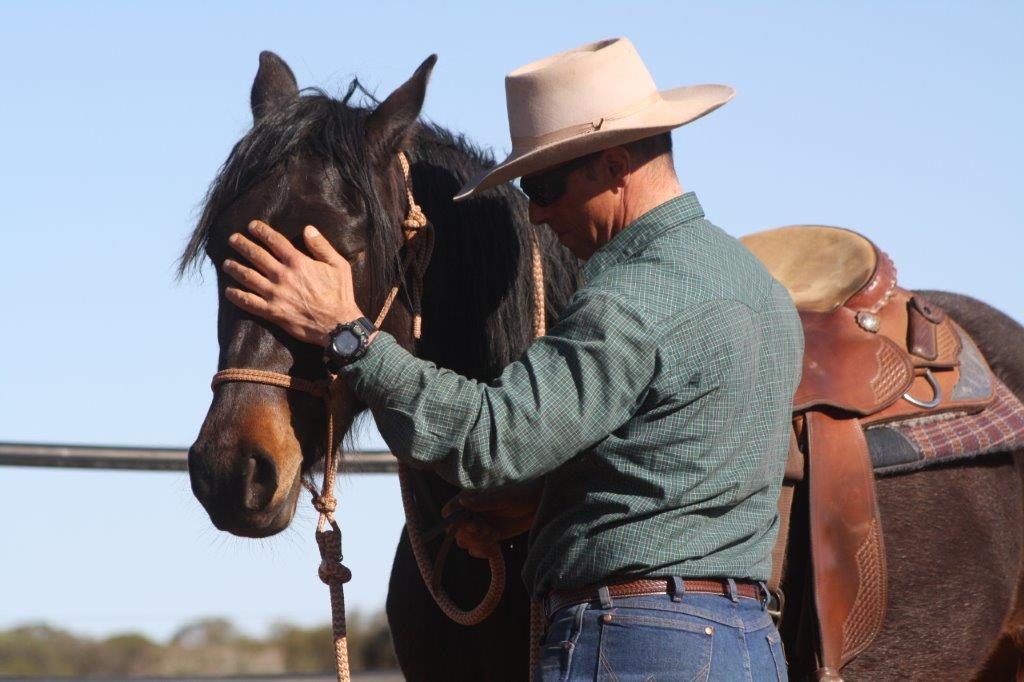 Growing up near the famous Flemington Racecourse in Melbourne, the first sound I heard every morning was the clip clop of hooves as trainers led their horses to the track. From about the age of eight, I started hanging around various stables; mucking out, feeding...
Continued 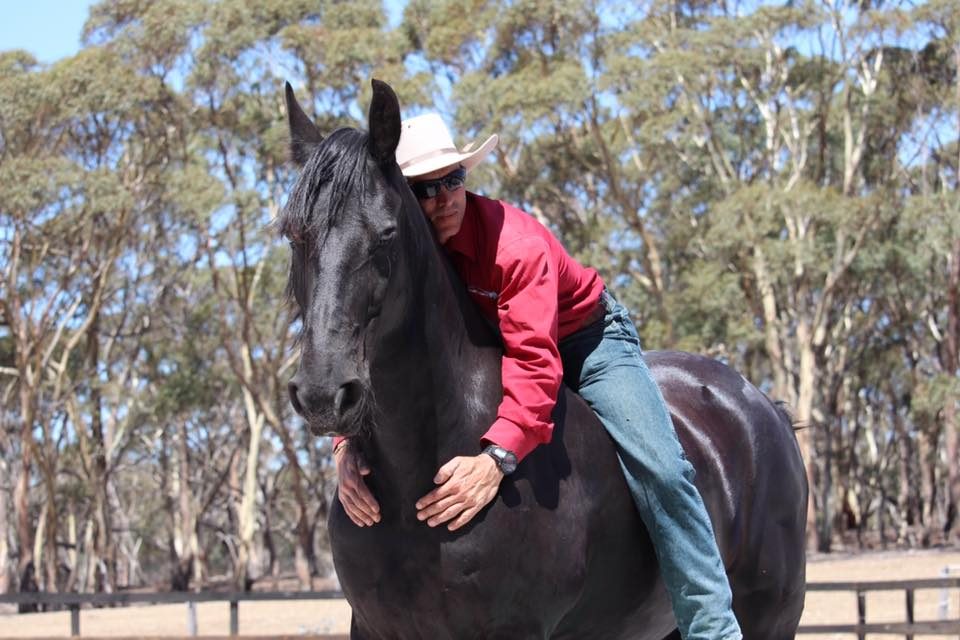 Focus is why we do groundwork. By groundwork I don’t mean lunging a horse to ‘let off steam’, I mean getting the relationship right on the ground – so it can be right under saddle. I mean building understanding, as well as calmness, suppleness...
Continued 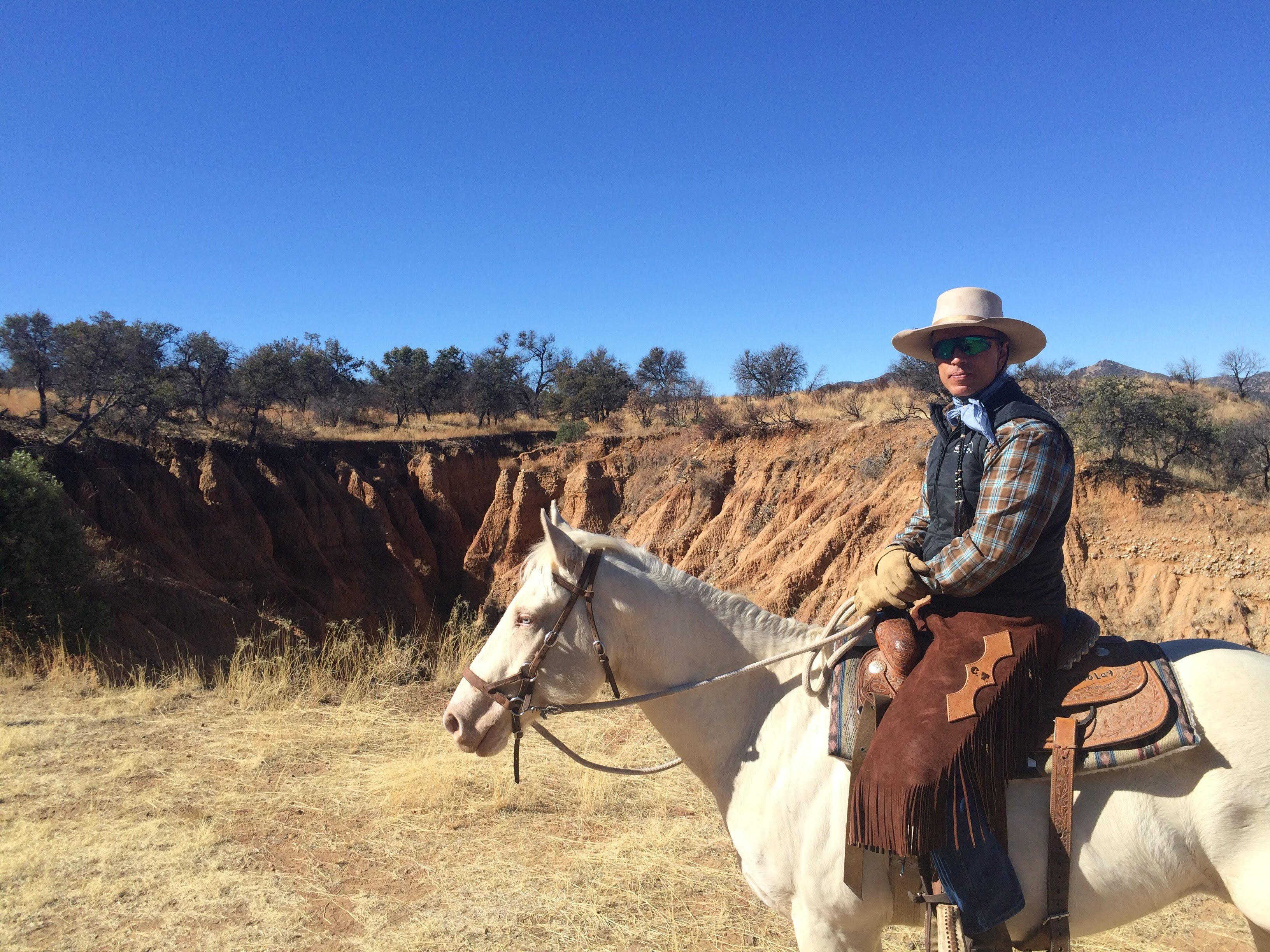 hen you do, your horse will give you trust, obedience and respect. There are no secrets or magic whisperings you need to master. You simply need to gain an understanding of horses and face – and overcome – your fears. What you don’t need...
Continued 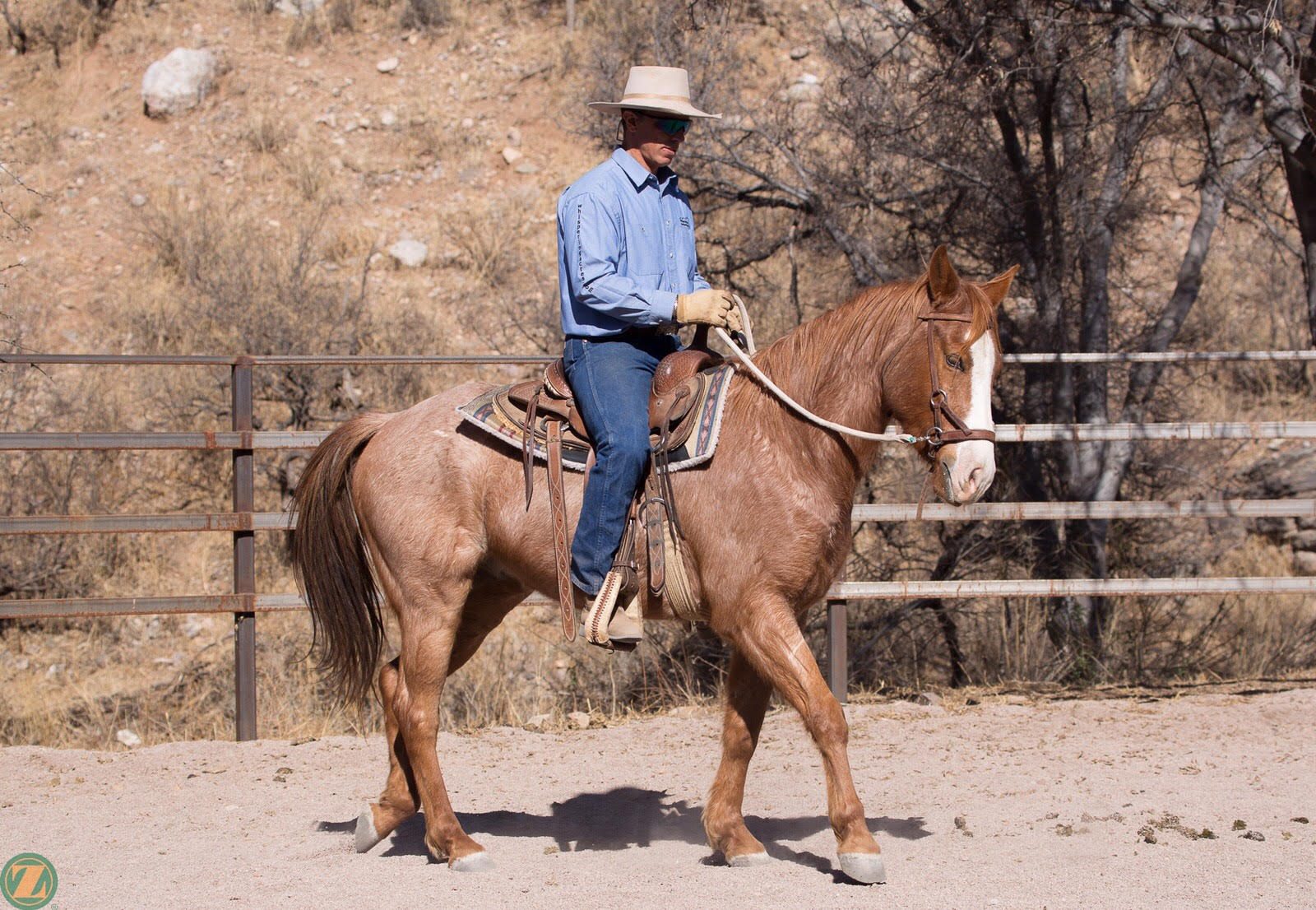 To see humane, controlled management and the abolition of shooting of wild horses in national parks and public lands Australia wide. To maintain the unique genetics of the brumby for future generations. To ensure no captured horses be consigned to sale yards or abattoirs....
Continued 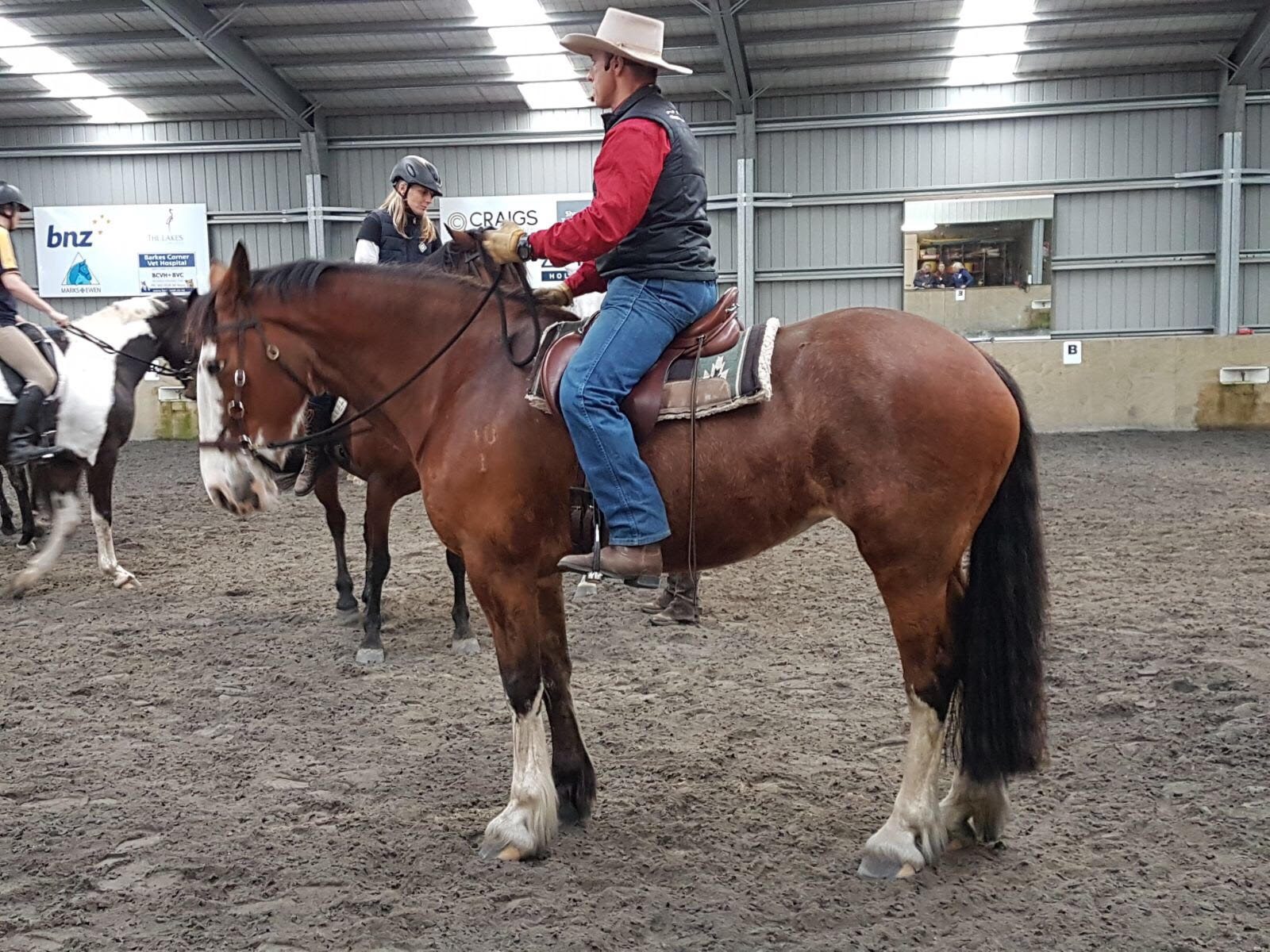 The Australian Heritage Brumby is a unique equine and epitomizes the spirit of freedom, roaming through rugged bush land and the harsh outback areas of Australia where they are free to run wild and survive in extreme conditions. The largest numbers range freely throughout the...
Continued 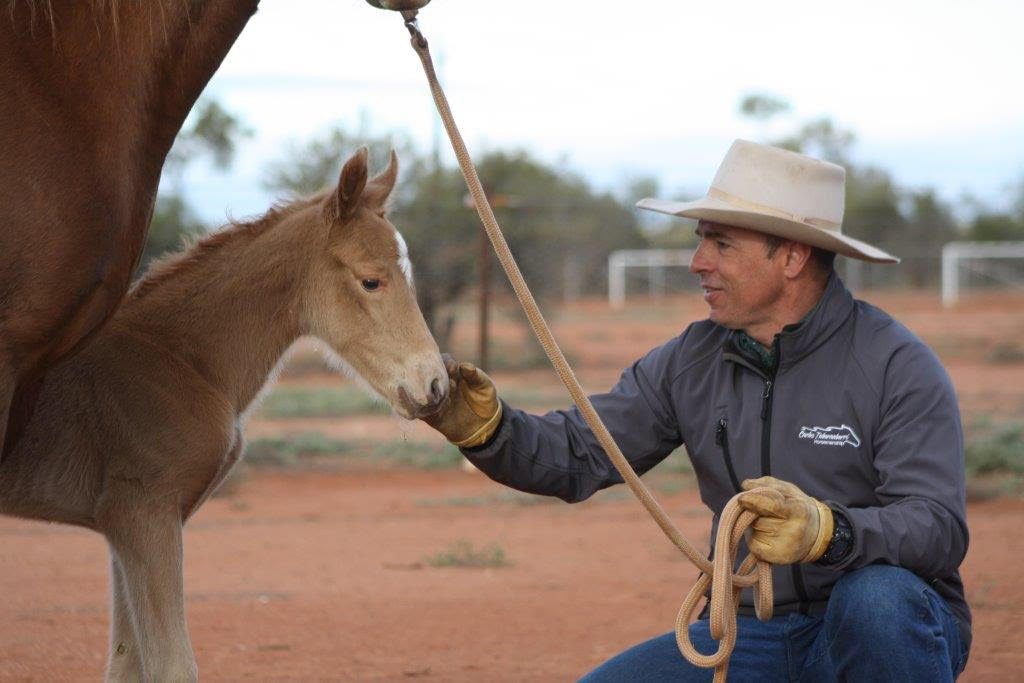 Wild horses are under threat around the world. While many wonderful organisations work tirelessly to find them sponsors or people to adopt them, so many more of these beautiful horses are captured and sent for pet food or, worse, shot for sport or for...
Continued 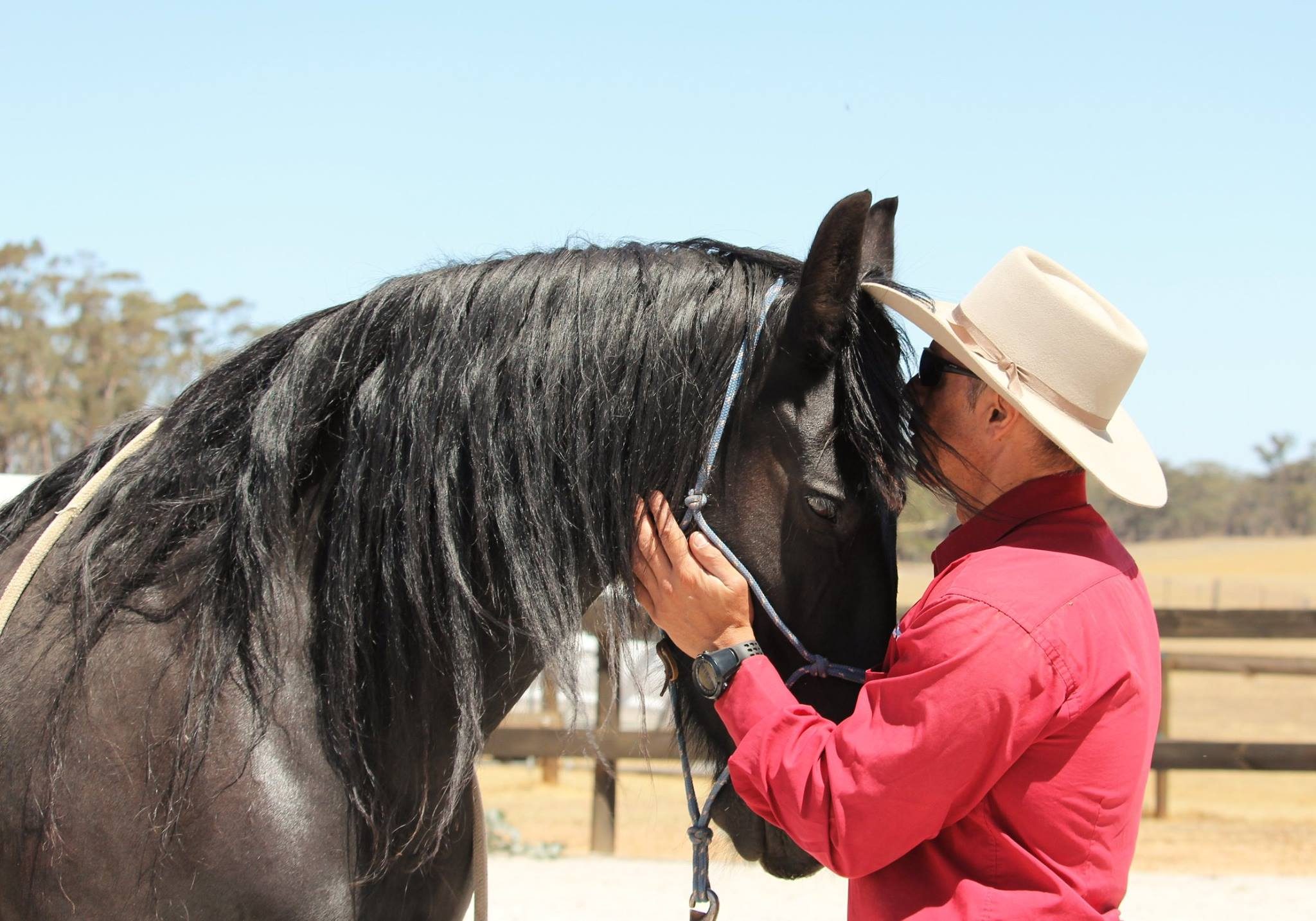 Just north of Melbourne, a horse trainer is achieving astonishing results with abused and reluctant animals. His techniques are amazing and his legend is spreading. A rider once complained to Carlos Tabernaberri that he could only get his horse to do what he wanted...
Continued 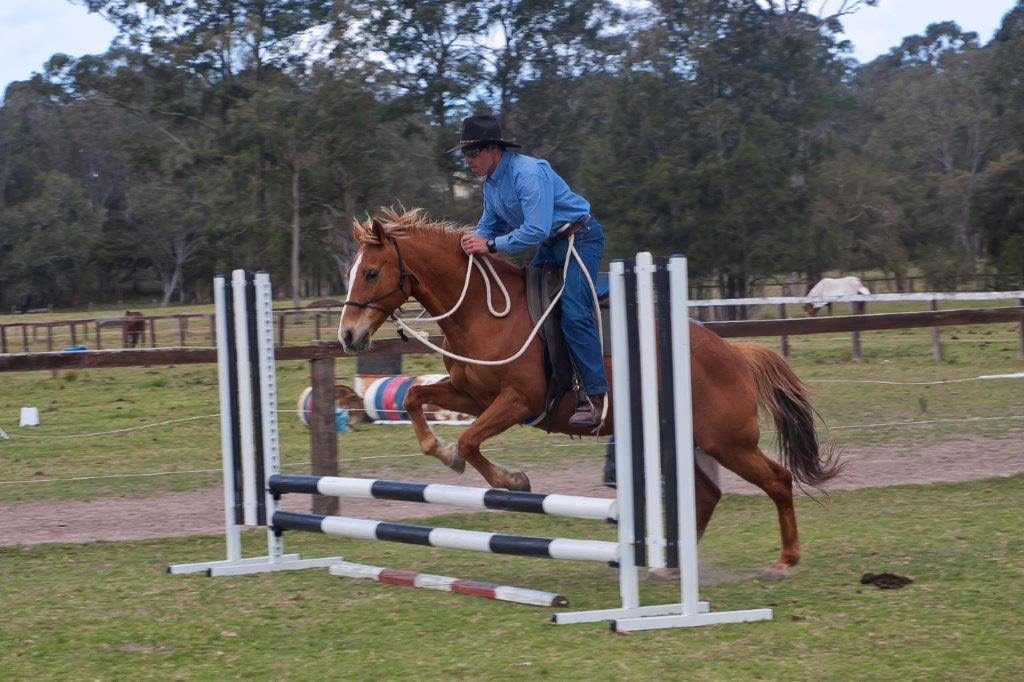 He thought that all horses would view men very poorly and wanted them to know that there was one human, at least, who wanted a different relationship. He remembers being repeatedly surprised that powerful animals treated with such little empathy did not simply trample...
Continued 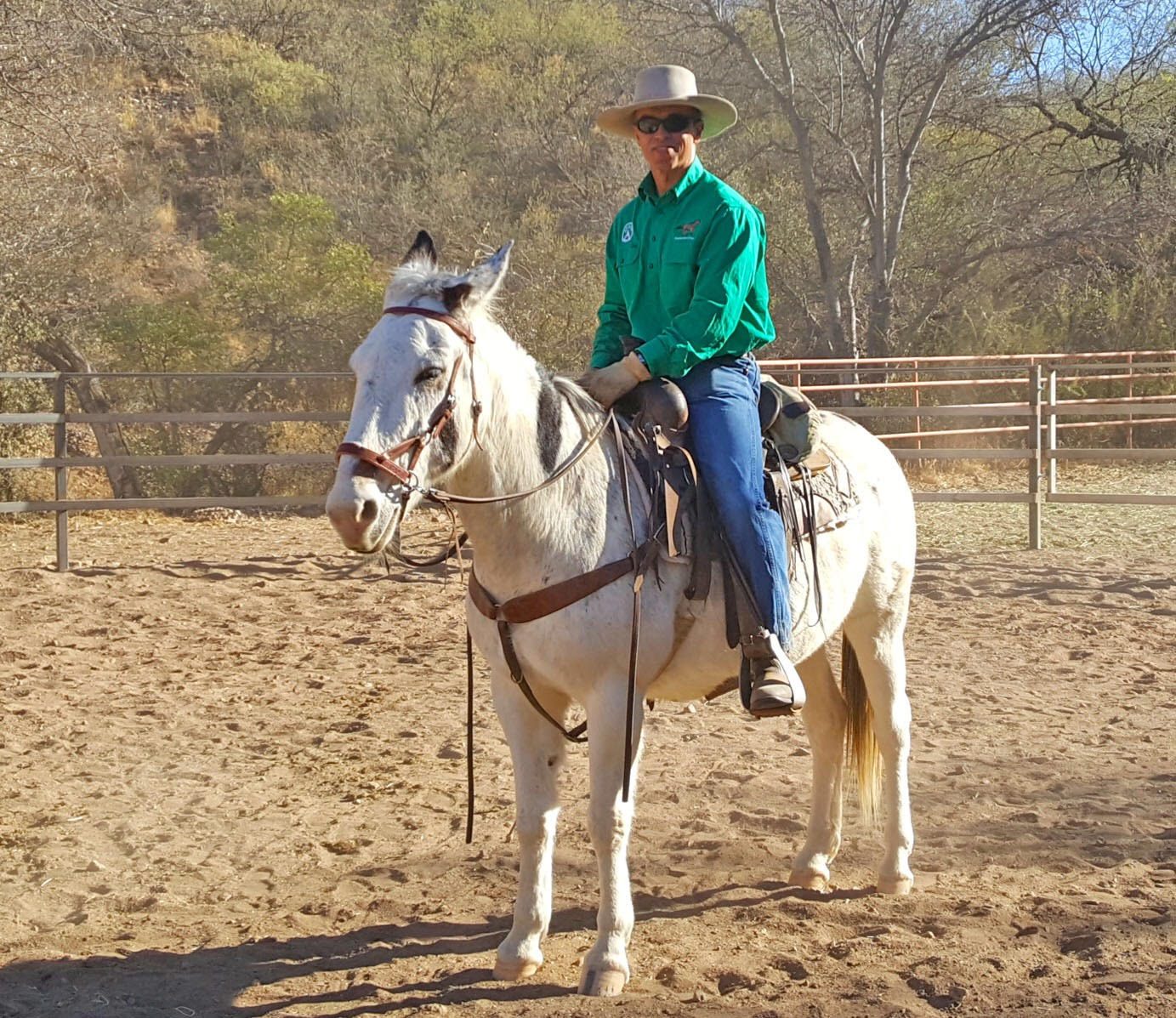 He asks the owners what they want the horse to do and how they set about it. He hears all the labels – that the horse is stupid, or stubborn, or nervy. Tabernaberri will invite the owner to return in a few days –...
Continued 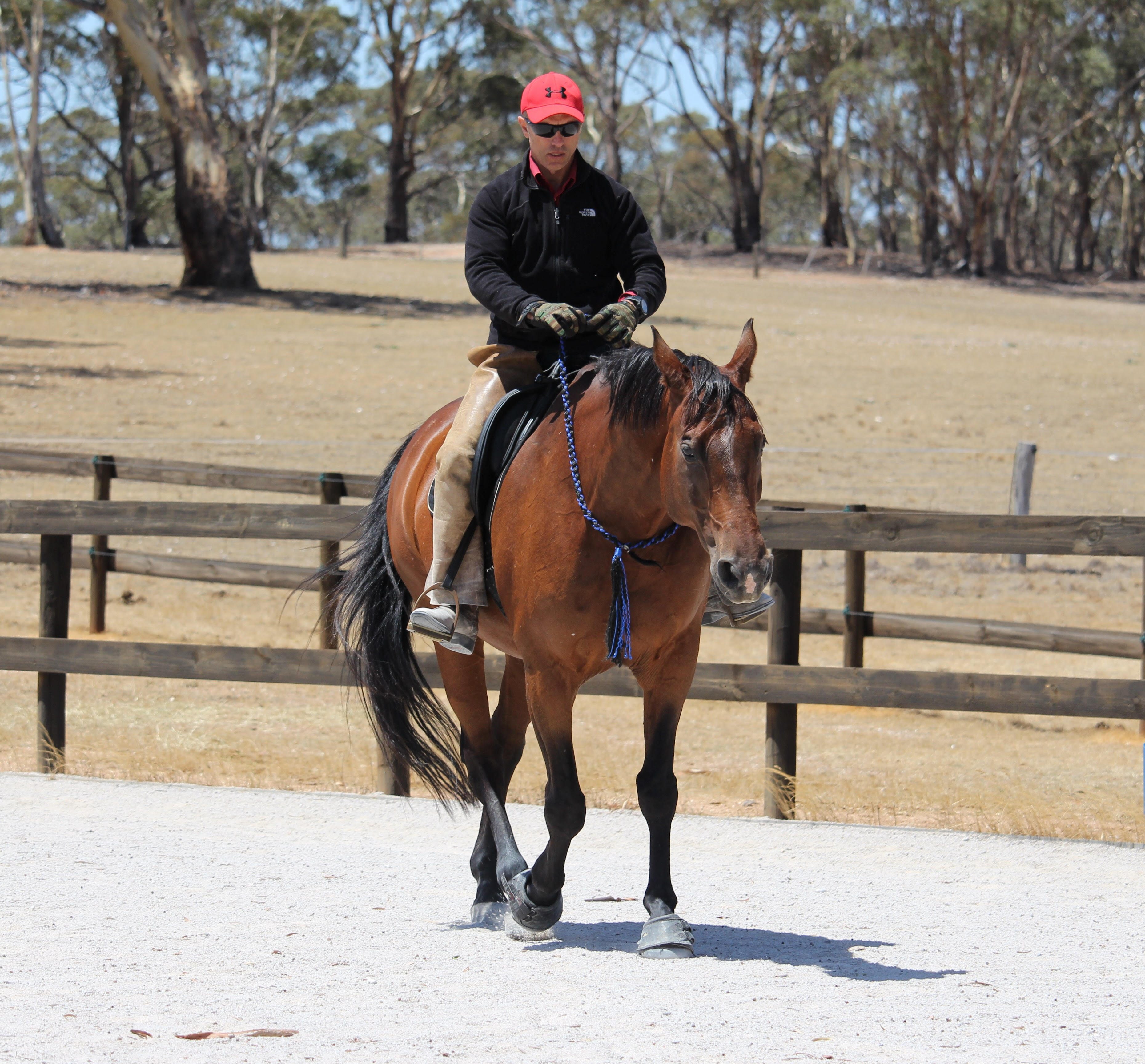 When a horse leaves Tabernaberri’s property, he wants it to be proud and confident – “relaxed, but with its chin up”. He shows the owners what he has done and hopes they can duplicate it so that the horserider relationship is mutually happy and...
Continued 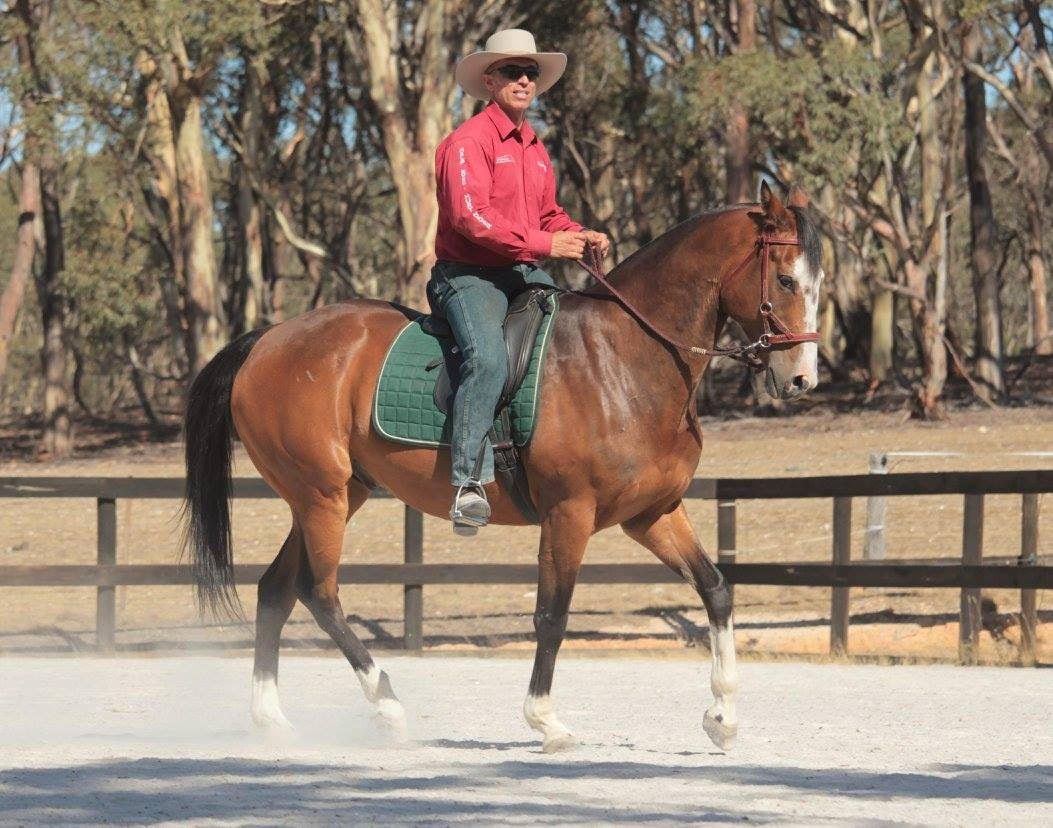 “You are the one we have been waiting for – I can hear it in your voice. “That is what a prominent Native American elder told Australian horse trainer Carlos Tabernaberri when she invited him to lead a group trek along the Trail of...
Continued
ⓒCarlos Tabernaberri . All Rights Reserved. Designed by Local Business Link Services

Australian-based trainer Carlos Tabernaberri is known worldwide for the remarkable results he achieves, whether handling foals, starting young horses, improving the performance of competition and pleasure horses, or rehabilitating abused horses. Carlos has been described as the ‘next generation of horsemen’ and the ‘gentlest horseman yet to touch a horse’. He’s also been described as the ‘only horseman who truly puts the horse first’.

As Carlos grew up in Argentina, he watched the “traditional” way of “breaking in” horses, as it is called. Saddened by this approach, he decided he wanted to follow the horse, his master teacher. He became passionate about schooling horses by establishing a sound foundation through understanding and trust, not force. He learned from the horses themselves and, in return, made a moral contract with them to be their tireless advocate and to share this knowledge.

Carlos puts his heart and soul into sharing “what the horse wants us to know”. The results, through the horses, speak for themselves. Perhaps that success is because Carlos sees a bit of himself in every horse he works with and he knows how to help them (and their handlers) move beyond past hurts to achieve their full potential.

“As a trainer and educator, my focus is on the horses and people with whom I work and on helping them to achieve their full potential”, says Carlos. “We shouldn’t be divided by discipline; we should be united by good horsemanship. Regardless of what we call it – natural, Western, English – good horsemanship is about consistently considering the horse’s wellbeing first and foremost.”

To that end, Carlos often tells people, “Having success with horses doesn’t depend on how long you’ve been around them. Horses don’t read résumés. However, while books and DVDs can give you knowledge, experience comes only by working with the horse. They are the real teachers of that. To have success, you need to look for approaches to working with your horse that make sense to both of you. Do not simply follow tradition or what someone else has told you is best. You will know what works for both you and your horse.”

Carlos puts his words into action not only with the horses and people he works with privately, but also through the numerous equine charities to which he donates his time, skill and financial support in an effort to improve the plight of horses. In July 2012, that work was recognised when Quest Equine Welfare awarded Carlos their prestigious annual Equitarian Award for his passionate advocacy on behalf of the horse.